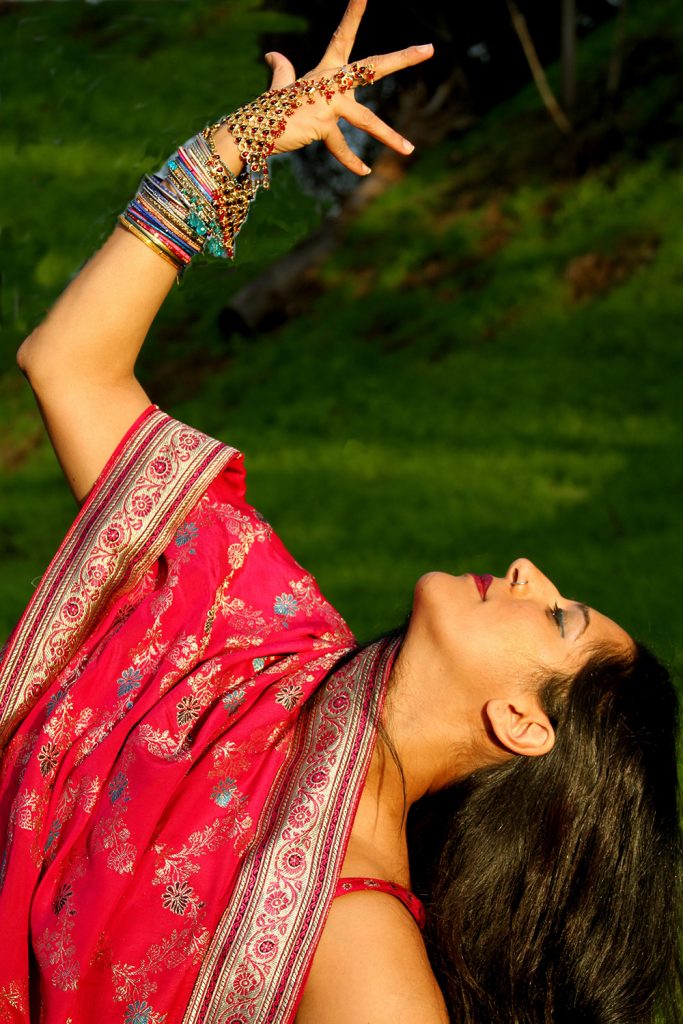 She is known for her experimentation with international styles and for inventive staging of her signature contemporary Indian forms. Her choreography is highly dramatic and a real reflection of her upbringing: Eastern and Western, exotic, mysterious, wild, rebellious and unconventional. McDaniel’s work is fearless and inventive, ever-exploring the boundaries of contemporary dance as a first-generation Indian woman.

McDaniel, a Professor at the Glorya Kaufman School of Dance at the University of Southern California, was born in Queens and grew up studying dance in Cleveland, Ohio, where she got her start as a choreographer at Hathaway Brown School at the age of 14. Throughout high school, she danced in ensembles at Cleveland State and Case Western Reserve, thereafter graduating from New York University with a degree in Choreography, Dance, and Theatre. She later studied classical Indian Kathak in Bangalore, India with guru Maya Rao.

Returning to New York in 1999, McDaniel founded Blue13 Dance Company, performing and teaching across the Tri-State area until 2001, when she relocated to Los Angeles. Achinta has expanded Blue13 for over two decades, creating one of the country’s first professional contemporary Indian dance theatre ensembles and touring on stages around the world. McDaniel also lectures and teaches contemporary Indian, Bollywood, and Bhangra styles internationally, and works as a choreographer in the film and television industry when not touring with Blue13. Her TV works include “So You Think You Can Dance,” “New Girl,” and music videos for The Strokes, DJ Snake and Lauv.